If you were a fan of VEGAS! The Show, the same creators bring you Zombie Burlesque! Where else can you see timeless, burlesque choreography and zombies live, on one stage? David Saxe brings this stage show comedy to the newly renovated Club Z at the V Theater, inside the Planet Hollywood.

Take a trip back in time to the 1950’s when burlesque was the talk of the town, but hold on to your seats and prepare for a sexy, zombie invasion! See musical numbers from some of your all-time favorite horror flicks from the 40’s, 50’s, and 60’s performed right before your eyes by only the fiercest and most beautiful Zombie ladies! Watch some of Vegas’s top performers test their strength and agility in balance acts you won’t see anywhere else while the hilarious, Tiny Bubbles chimes in for some laughs along the way!

Choreographed by New York choreographer, Tiger Martina (whose work can also be seen in VEGAS! The Show), this is unlike anything you will ever see anywhere else! If you’re looking for zombies, steamy choreography, and eye-catching sets, pick up your tickets to see Zombie Burlesque now at the V Theater, inside the Planet Hollywood. 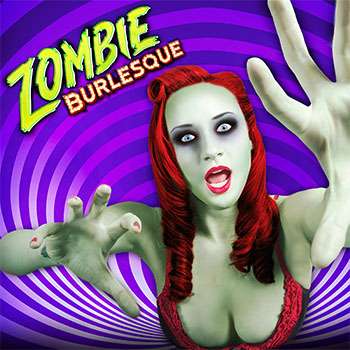